The Simple Guide to Disney Planning

“Hollywood, 1939. Amid the glitz and the glitter of a bustling, young movie town at the height of its golden age…”  – Rod Serling, narration for The Hollywood Studios Tower of Terror. 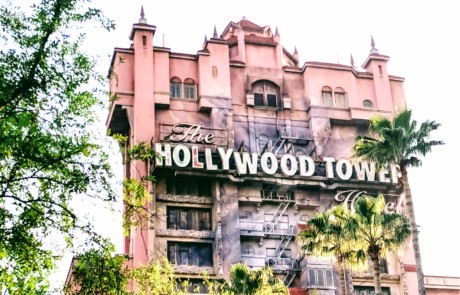 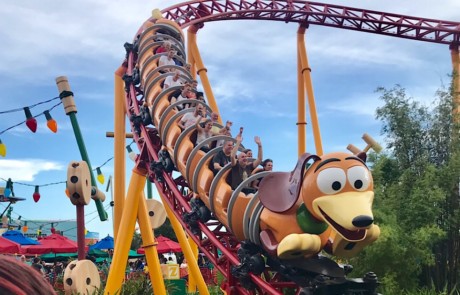 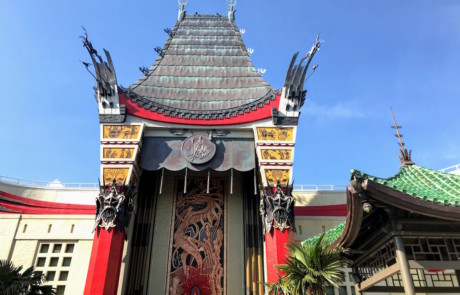 Lights! Cameras! Glamour! Hollywood Studios celebrates the arts of film and entertainment. Saunter down swanky streets lined with palm trees, and buildings inspired by iconic architectural styles of the 30s. The mission revival architecture and art deco touches transport you to the golden age of Hollywood. But this Land continues to evolve, and showcases modern cinematic favorites Star Wars and Toy Story.

In addition to hosting some of Disney World’s most thrilling rides, like Rockin’ Rollercoaster and Tower of Terror, Hollywood Studios also features a daily lineup of shows, musicals, sing-a-longs, and even bursts of vaudeville on the streets. When planning a visit to this park, it’s important to check out the schedules (in either the Times Guide brochure available in the park, or using the My Disney Experience app) to plan out your visit and ensure you have time to make each showtime. For this reason, we find that 2 half days generally work best to give you more flexibility.

Shrink to the size of a toy to play in Toy Story Land. Get a FastPass to ride the whimsical Slinky Dog Dash, a graceful rollercoaster that swoops and curves above the land, delighting adults and kids alike.

Star Wars Galaxy’s Edge coming in Fall 2019! Until then, feel the force as the Star Wars soundtrack swells throughout the evening special effects and pyrotechnics show, Star Wars: A Galactic Spectacular.

Don’t be afraid to be a rebel while watching the syncopated stormtroopers’ intimidating March of the First Order on Hollywood Boulevard.

Dinner at the Sci-Fi Dine-In Theater Restaurant on Commissary Lane, where you’ll feel like you’re at a drive-in theater, underneath a starry sky, watching trailers from 50s science fiction films, from your car.

After entering the park you’ll stroll up Hollywood Boulevard toward the Chinese Theater which serves as center stage for evening entertainment. Toy Story’s on on your right and Star Wars is to the left. Taking Sunset Boulevard will bring you to the Rock ‘n’ Rollercoaster and Tower of Terror.

Wandering through a landscape of primary colors and scrabble tiles and tinker toys bigger than your head, Toy Story Land brings out your inner toy. Visit at night and enjoy the glow of its colorful lightscape. 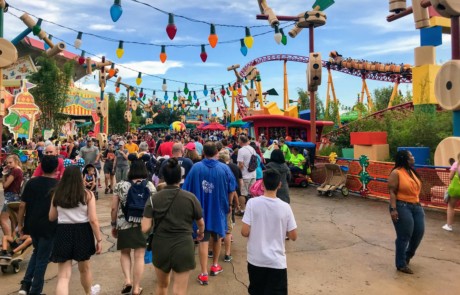 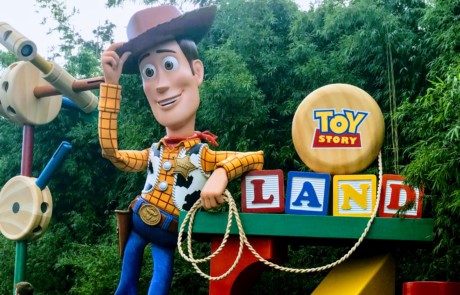 Follow the enormous pink tower to get to Sunset Boulevard where you can ride 2 of the most thrilling rides in the (Disney) World. This is also where you’ll find the entrance to the stunning evening show, Fantasmic.